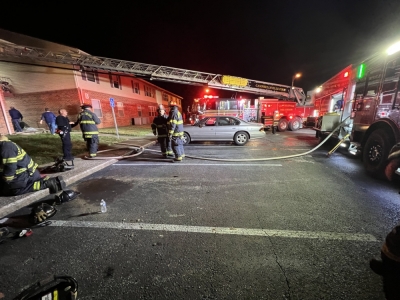 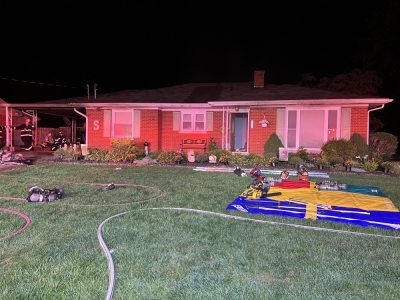 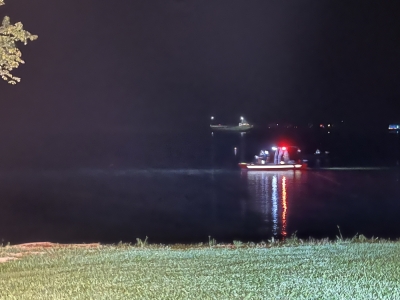 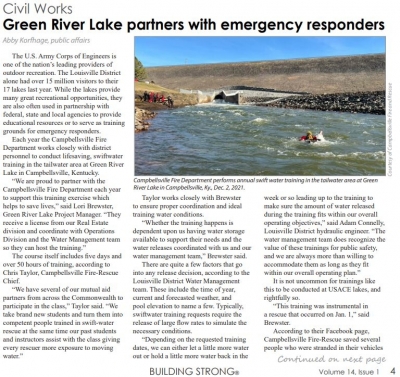 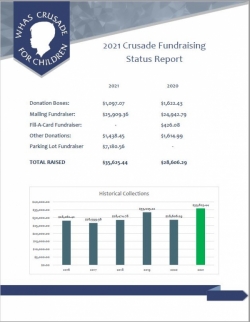 Thank You, Campbellsville Taylor County for your generous donations!The total collected this year was $35,625.44. This has been a record year and the most money we have raised for the past 5 years.We ...
➠
Near Drowning Green River Lake 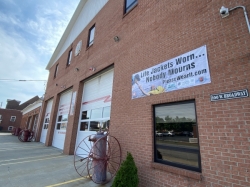 TO: Local Media and CommunityFROM: Chief TaylorDATE: 05-25-2021SUBJECT: Near Drowning at Green River Lake On Monday May 24, 2021 at 6:35PM off duty firefighter Cody Wood and his wife, Morgan, had just...
➠
FEMA Assistance to Firefighter Grant Award-COVID-19 Supplemental 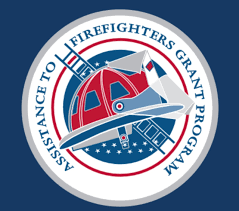 Campbellsville Fire-Rescue was dispatched to a report of a vehicle that was stuck in flood water somewhere on Coburg Road possibly in Taylor County. While en route to the scene the exact location could not be established. Green County Rescue was requested to respond to Green County side of Coburg Road to attempt to locate. When arriving in the area the rescue crews encountered heavily flooded roadways and had to deploy resources via Squad 4 (High Water Vehicle) and on foot. One crew deployed on foot near the Woodland Trail area of Green County heading back to Taylor County. About 1 mile from the staging area the first rescue crew encountered a red passenger car with a female occupant trapped in the vehicle with rising flood waters. Rescuers deployed a self bailing raft and rescued the individual. This is when it was discovered that this was not the original caller and Green County Rescue units discovered another vehicle with 3 occupants on the roof and one female that was holding on to a tree in flood waters.

Green County Rescue requested assistance in rescuing the female patient holding on to a tree. Rescue crews deployed a self-bailing raft and were unable to access the victim due to fast water conditions. Rescue crews then deployed a motorized rescue boat and rescued the female patient and transferred patient care to Green County EMS. The patient was consious but moderately hypothermic.

*After the rescue, the self-bailing raft rescue crew was transitioning back to river right, the crew encountered a strainer in the fast moving water and two rescue technicians were knocked out of the boat. The third rescuer was able to assist one technican back in the boat and the other rescue floated downstream and eddied out of top of a strainer. The self bailing raft was secured near a tree and only had one paddle and to wait for assistance in getting back to river right. The other rescuer was removed via motorized rescue boat. No rescuer injuries were reported.

*CTCECC Dispatchers remained on the line with the initial callers for nearly three hours gathering information about their location/situation till rescuers reached the victims. 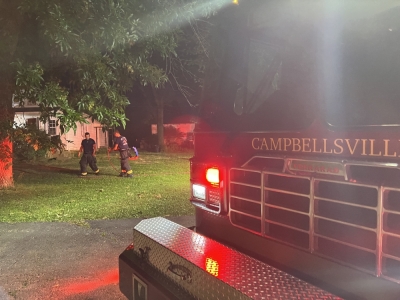 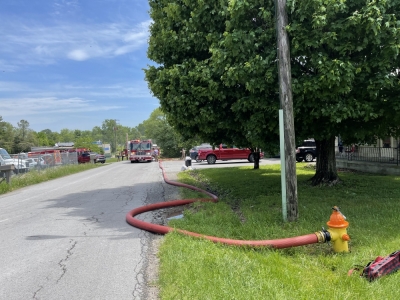 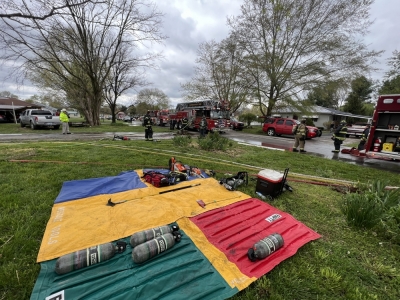 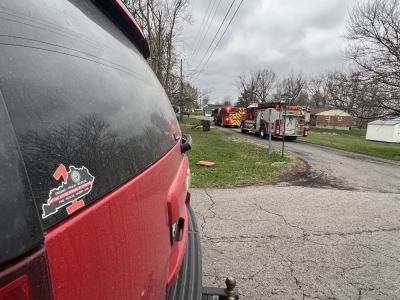 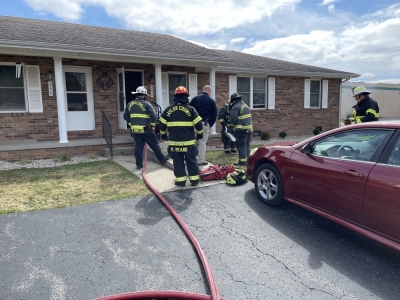 Quadplex Fire242 Arbor Lane03-08-2022 Call Received 1250On Scene 1253Control 1256Leaving Scene 1326 Campbellsville Fire-Rescue was dispatched to a report of a trash can on fire in a bathroom. Upon arrival, firefighters found a single storey quadraplex with smoke coming out the front door of one unit...
➠
Commercial Structure Fire Coltons Restaurant 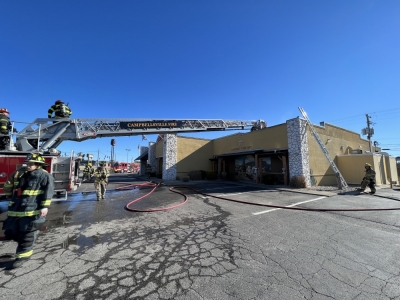 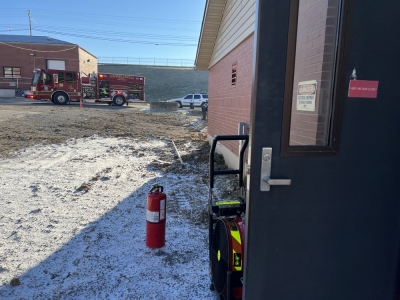 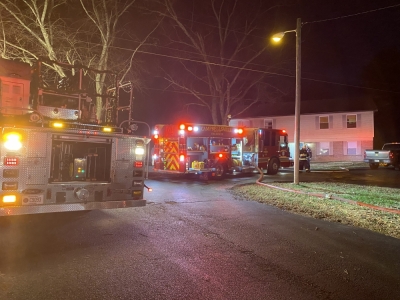 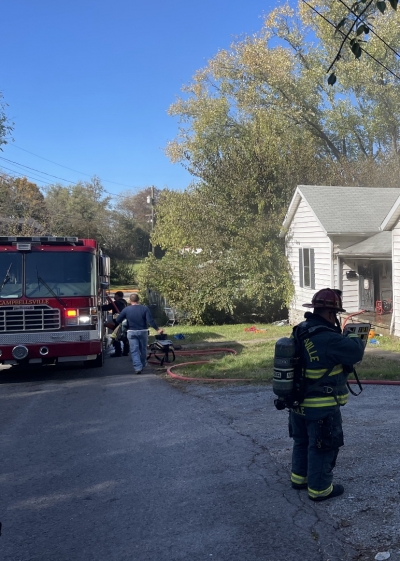 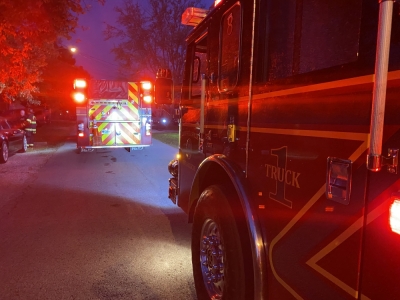 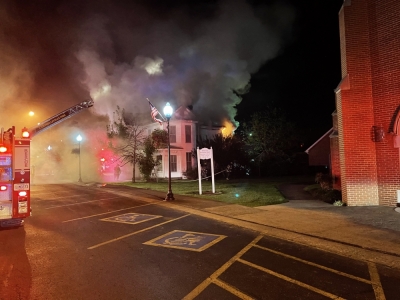 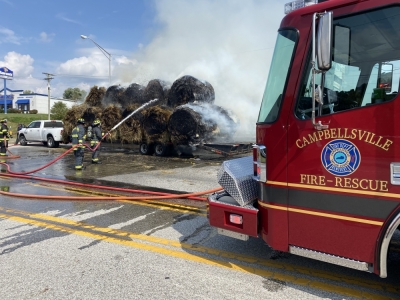 Farm Truck with Round Hay Bales On Fire210/55/68 Intersection10-2-2021 Call Received 1324On Scene 1326Control 1400Leaving Scene 1553 Campbellsville Fire-Rescue was dispatched to a report of round hay bales on fire on a farm truck and trailer.
➠
Residential House Fire 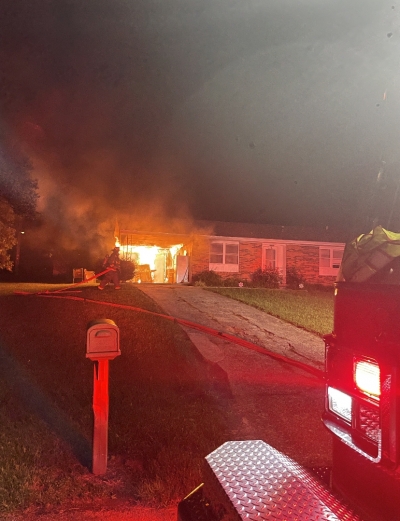 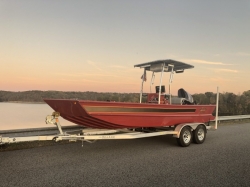 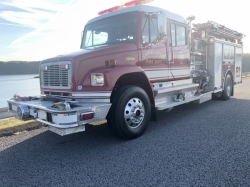 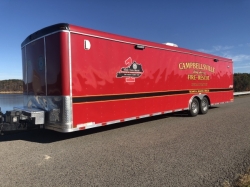 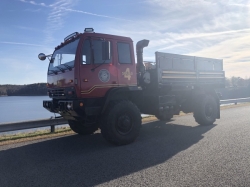 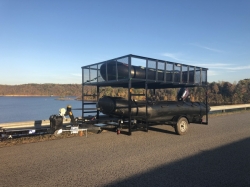 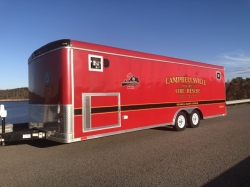 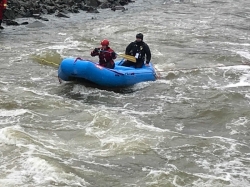 This site has been viewed 32,970 times.
Calls
News
Events
Pictures
Apparatus
Maintained by the members and staff of Campbellsville Fire Rescue. Designated trademarks and brands are the property of their respective owners. Copyright © 2006-2022. YourFirstDue Inc. All Rights Reserved. Content on this web site is supplied by Campbellsville Fire Rescue. YourFirstDue Inc. cannot be held responsible or liable for any content, text, pictures, or any other media found on this web site.
Management login
Powered by